Article to be published in Executive Intelligence Review March 30th, 2007 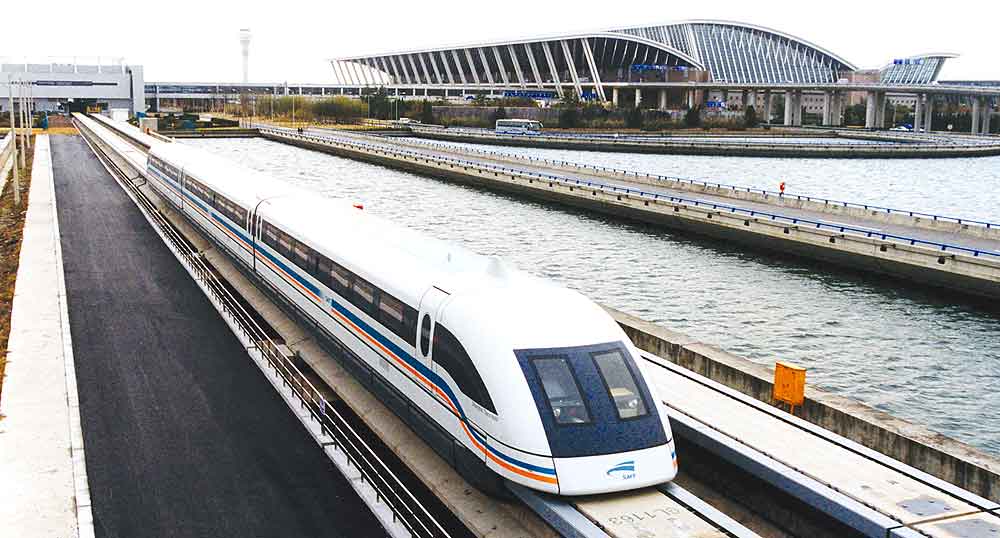 The Schiller Institute in ’s proposal for the national section of a future, fully-developed

Eurasian Land-Bridge, using magnetic levitation (maglev) technology, has made a splash in the Danish media. It has garnered coverage in numerous internet publications, as well as major print media, during the past week.(fn1) The press has highlighted the proposal to construct a direct maglev link between Denmark’s two largest cities: Copenhagen, the capital of Denmark, located on the island of Zealand; and Århus, located on the Jutland Peninsula, separated by the Kattegat Sea (see map). The prospect of reducing the current three-and-a-quarter hour trip, to only 25 minutes, has ignited the excitement of people all over the country.

There is a real potential for to adopt the Schiller Institute program. In the joyous period after the fall of the Berlin Wall in 1989, when plans for infrastructural union between east and west were being talked about, including LaRouche’s “Productive Triangle” proposal, far-sighted Danish politicians decided to finally build three great projects, conceived as a package, which had been dreamed about for a long time.

Two of them are now in use; the (between the Danish of , and the to the west), and the (between , , and ). These infrastructure projects were among the very few which were actually built in after 1989, and have become a source of cultural optimism, in the Danish population, and proven enhanced nationwide economic productivity.

Denmark has also been pressuring to agree to build the third proposed project, a connection between and , across the Fehmer Belt in the . As Lyndon LaRouche has observed, “The Danes want to teach the Germans to ‘play bridge!’” 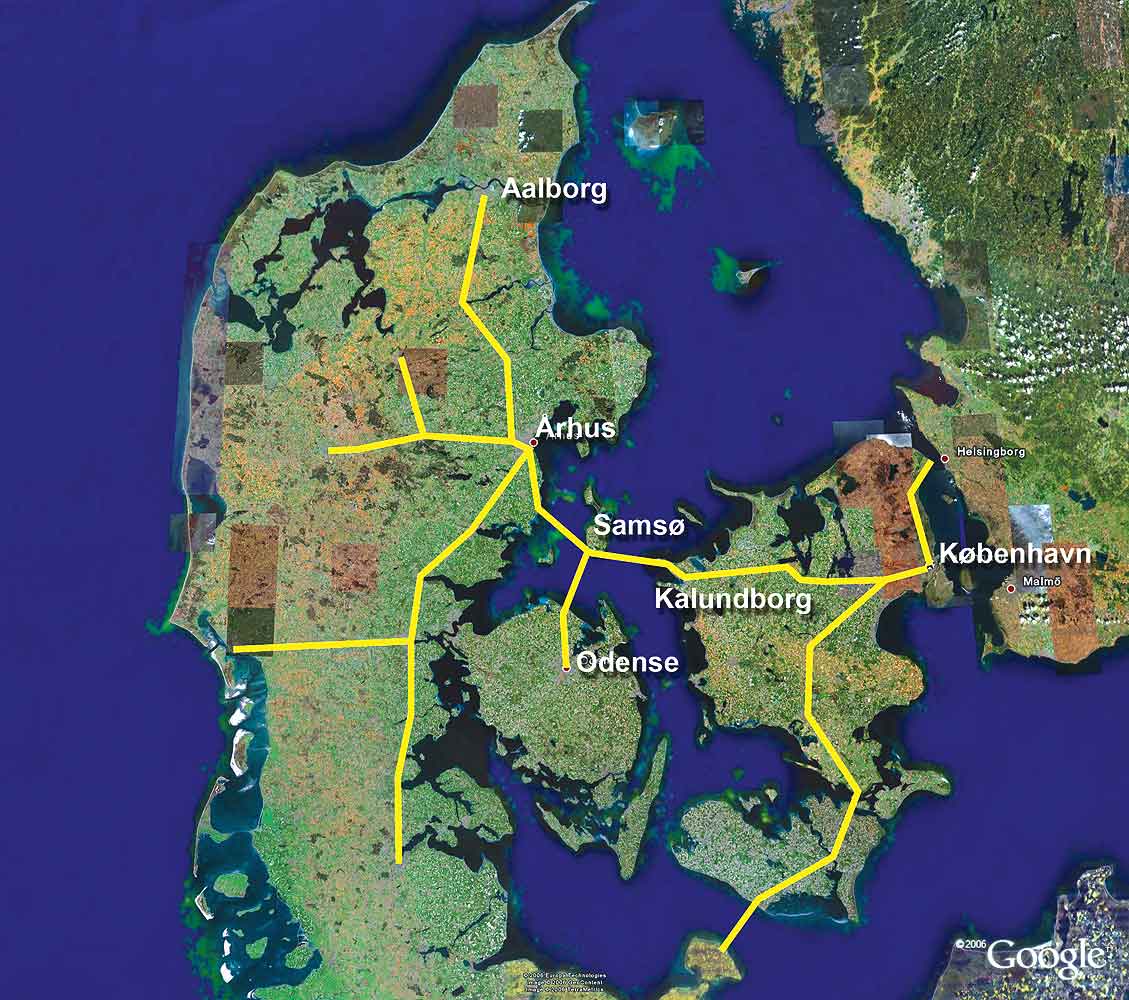 With the proven success of the great project concept, the Schiller Institute is now calling for Danish politicians to lead the way in , and take the next leap into the future – the maglev future.

The Schiller Institute (SI) will testify before the Danish Parliament’s Traffic Committee in April. A written proposal has already been submitted for consideration, available on the parliament’s homepage, as an official document.

The mass-circulation of the SI national maglev plan in campaign newspapers, has shown the ability to introduce great ideas to the general population through this method. The article “ and the Eurasian Land-Bridge,” outling the plan, was contained in the SI’s first mass-distribution campaign newspaper from July 2006. It was handed out to 50,000 people, comprising 1% of the Danish population of 5 million, especially in and Århus, over the next couple of months.

The circulation of these ideas helped to create the environment in which the mayors of ’s six largest cities proposed a plan, in November, 2006, to improve the traveling time between their cities. This would bring the transport time between and Århus down to two hours.

In December, the second SI campaign newspaper was published, also in 50,000 copies, with a headline article, “From Crusaders to Bridge Builders,” urging quick acceptance of proposal to construct a bridge/tunnel across the Fehmer Belt between Denmark and Germany --currently the subject of dragged-out, negotiations between the two governments.

In February, the SI sent their two campaign newspapers and a letter, stressing the importance of adopting the included infrastructure proposals, to all of the 98 mayors of ’s newly-redistricted municipalities. Positive, written responses were received from several of them.

On Monday, March 19, Jyllands-Posten (JP), ’s largest newspaper, had banner headline coverage of traffic researcher Uffe Jacobsen’s proposal, to drop the proposed Danish-German Fehmer connection, due to hesitation on the German side, and to build an internal Danish connection across instead.

Then, the next day, the internet version of JP published an interview with the chairman of the Schiller Institute in , Tom Gillesberg, highlighting the SI’s proposal to build a 25-minute Copenhagen-Aarhus maglev link, across such a connection. JP included a picture of the SI’s proposed “Maglev Danmark” timetable.

Regarding the Fehmer connection, the SI has argued for constructing both projects, including maglev tracks. It has called on the German government to realize that such a future-oriented investment, will allow economic benefits that outweigh the costs, through increased transportation efficiency.

A follow-up article in JP, on March 21, included a positive response to the maglev idea, from Nicolai Wammen, the Social Democratic mayor of Aarhus, who stated, “It will give great flexibility in relation to, for example, living in Aarhus and working in . If the travel time is brought substantially down, whole new possibilities are created, in connection with meetings, education, family visits, cultural experiences and shopping, between the two Danish growth centers. It will have colossal significance.”

Since then, the story has been picked up in numerous other media. Berlingske Tidende, a major Danish  daily, interviewed Tom Gillesberg, and included his call for financing the project through a state capital budget investment, to be divided up over 50 years.

Ing.dk, the internet version of Ingeniøren (Engineer) wrote, “The SI’s vision doesn’t stop with a single connection between Aarhus and . The dream is a European network of maglevs, and should lead the development.” They included a quote from the SI’s second campaign newspaper, “’ should, just like future American governments, establish strong ties to , and the Eurasian countries, and join in building up the Eurasian continent. We should act as bridge builders, and offer engineering troops, instead of fighting troops.’” They identify the SI as “an international political movement, which closely cooperates with the American economist, and former Democratic Presidential candidate, Lyndon LaRouche

The National Maglev Proposal for

The SI proposes that build a national maglev network, using technology similar to the Transrapid, designed by the German company Thyssen, ironically, only in commercial use in , from to the . The 30 km. trip takes only 7 minutes and 20 seconds, with a top speed of 431 km./hour.  The speed could even be increased to 500 km./hour with existing technology.

The Danish government ought to take the leap, and introduce this future-oriented technology, which can really shift transportation from the highways, to public train transportation, by making it much faster, cheaper, and more convenient than travel by car. 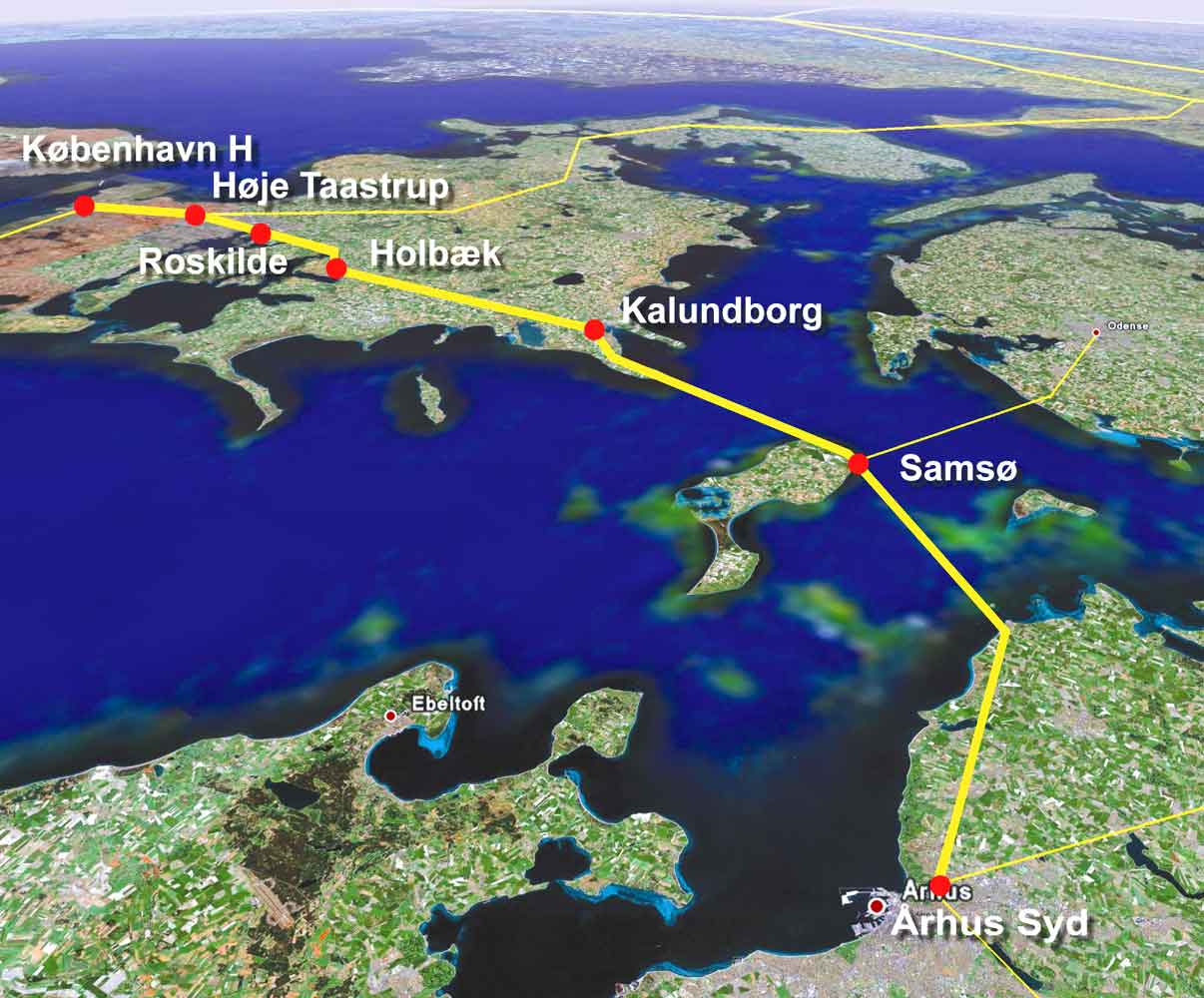 Copenhagen-Århus, across the , by way of the . An express train would only take 25 minutes! This would cause the greatest non-linear, phase-shift in the national physical economic density, by creating a single cohesive metropolis, and would integrate the Danish economy to a degree unmatched by any other industrial national economy today.

The line would then be continued to the northern Jutland city of , resulting in a 43-minute trip from to . Thereafter, the other major Danish cities would be linked up, resulting in a “great H” formation, with around 635 km. of double maglev tracks. This would make a trip across country, shorter than a current trip from to the suburbs.

The north-south line on the Jutland mainland, would go from Aalborg, southwards, through Århus, past the southern Danish border, to .

The north-south line in the eastern part of , would become the gateway to the other Nordic countries. From Copenhagen, it would go north to Helsingør (known around the world as Elsinor, from Shakespeare’s Hamlet), through a new Helsingør, Denmark-Helsingborg, Sweden tunnel into Sweden, to be divided into two routes -- one to Stockholm, the capital of Sweden, and the other to Oslo, the capital of Norway. South of Copenhagen, the line would continue across the projected Fehmer Belt connection to , , with a connection to .

This would result in travel times of only a little more than an hour, between inner-city , and the three other capitals! Fast intra-European connections, would make the maglev much more convenient than travel by air.

The project should be financed along the lines of LaRouche’s capital budget concept. The costs to build the project, should be distributed over a 50-year period. A “Danish Maglev Corp.” would be established, along the lines of the public corporations which built the Great Belt and öresunds bridges, with one important exception. The major portion of the construction costs ought to be paid through the national budget, not user fees, in order to insure ticket prices low enough to encourage massive usage. This would, in turn, save maintenance costs for the highways and regular train network, by transferring as large a percentage of traffic to the maglev as possible. Low prices would cause the greatest increase the national physical economic density, by bringing the country closer together, thereby producing the greatest economic benefit.

Denmark could take the initiative in Europe, to start what hopefully will become a European-wide network, to be linked to the Eurasian Land-Bridge, a concept developed by Lyndon and Helga LaRouche, starting from the already-existing maglev line in , and its projected extension. Here is the chance for a small country, with 5 million people, together with a large country, with over 1.3 billion people, to join hands across the entire Eurasian continent, to realize Leibniz’ idea of a “Grand Design.”

Fn1:See the SI in ’s maglev homepage, in Danish and English: